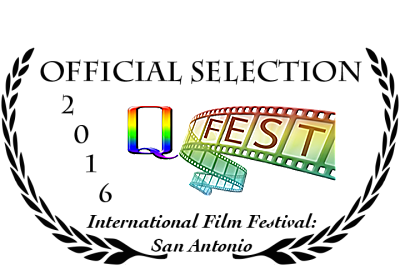 Sicklerville, NJ, September 13, 2016 – FOR IMMEDIATE RELEASE: On-Ride Entertainment, LLC., in association with Up The Walls Productions, LLC., is proud to announce that Home(less) has been accepted into the San Antonio QFest Film Festival and will be screened on Thursday October 13, 2016 at 5:20 PM CST.

Screening and ticket information can be found at the offical QFest event page on facebook1. All of us here at On-Ride Entertaiment couldn't be happier for the cast and crew of Home(less). Their hard work has paid off tremendously and we thank them for their dedication.

We'd also like to send a HUGE CONGRATULATIONS to the director, David Walls. Film has always been a passion for Dave and completing Home(less) was a dream come true. For those that don't know, Dave has been battling cancer for a better portion of the year. But Dave never let that get in the way of his dedication to the film and his cast and crew. For that we are truly thankful and we send nothing but well wishes and happy vibes your way. We love you and you deserve everything coming your way good sir! Big things are in the future!!

Home(less) continues to be reviewed for entry to multiple film festivals around the world. As we have more news to share you can find it here and on our facebook page.

QFest International Film Festival: San Antonio is sponsored by Pride San Antonio (pridesanantonio.org), a 501c3 nonprofit organization. San Antonio QFest is committed to bringing awareness of the LGBTQ community to the greater San Antonio region. To achieve this goal the festival will showcase filmic pieces of art which will illustrate the community by being created for, by, or about the LGBTQ community. (via qFlix)

1This event is not hosted by nor endorsed or affiliated with On-Ride Entertainment, LLC. Event details and costs are subject to change at any time.